Menu
☎️ Call Now
Opossums can be a disturbing Pest. Cobra Pest Control offers “Humane Opossum Trapping” for much less than any other “Wildlife Control Company” Rob will “Seal Off All Openings”. 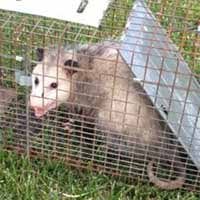 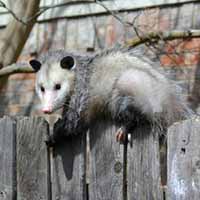 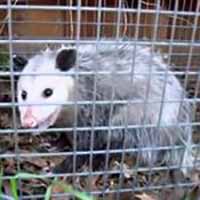 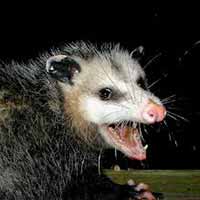 This page will answer the questions: What is an Opossum? – What What do Opossums Look Like? –  Do Opossums Bite? – What are the signs of me having Opossums? – How can I rid my house of a Wild Animal? Opossum Control Tips for your Home. 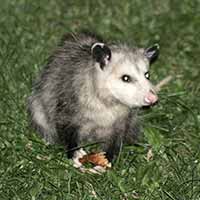 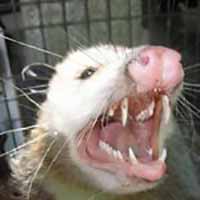 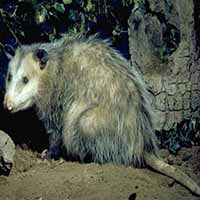 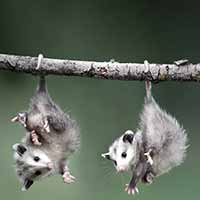 Cobra Pest Control offers “Humane Opossum Trapping” Most companies don't do “Wildlife Removal”. The ones that do or say they specialize in “Opossum Remediation Work”, charge a lot more than Rob.

Since Cobra Pest Control is a local one man operation and Rob Sullivan with over 28 years of “Opossum Control Experience” who does all the work himself, “Opossum Trapping” is done right the first time at a much better price and “Guarantee”. Cobra Pest Control has no managers, technicians or secretaries to pay or other expenses that the bigger companies pay. This cost saving is passed on to the customer.

"Robert was very pleasant to work with.
He was able to accommodate my schedule. Very quick to return phone calls, professional evaluation and fair estimate.

I will not hesitate to recommend Cobra Pest Control."
More Testimonials ➜

Opossums are Nocturnal Creatures and Marsupials, in fact Opossums are the only Marsupial north of Mexico. Marsupials have a pouch on their belly that hold their young similar to a Kangaroo. Opossums are slow moving waddling creature mostly seen on the side of the road as road kill.

Opossums are 2'-3' long, including the tail, and weigh up to 15 lbs. They are covered with short wiry fur, grey with longer course white tipped hairs. Opossums have a pointed face and large mouths which contain a number of sharp jagged teeth. Often mistaken for a very Large Rat because it has a long, Bald Rat like Tail. Noted for their ability to eat just about anything. They have even been known to enter a home through a pet door in search of food. The Opossum are hosts for Cat and Dog Fleas​.

All Wild Animals will Bite if provoked but the Opossum is very docile and bites are very rare. At most it will probably hiss at you. The saying Opossums Play Dead is in fact true. If the Opossum is attacked, as a defensive move it will roll over and play dead until the threat is gone.

What are the signs of me having Opossums?

Opossums are Nocturnal meaning they roam at night but they will also forage for food during the day food is scarce. A batch of her offspring will either be in her pouch or on her back. All of these Animals will dig in the lawn or planters in search of grubs and insects to eat. Other signs in the yard are overturned trash cans, foot prints and feces. Foot prints and feces could be in the attic as well. Strange noises in the attic or walls can be an indication.

How did I get Opossums?

There is probably something in your yard that the Opossum like. This could be pet food, a fruit tree, a garden, opened trash cans or just a small opening to your attic, basement or shed.

How can I rid my house of Opossums?

Provide less food for them. Try to trap them, and only Use a Humane Catch Trap. Seal off all exterior openings after the animal is gone. But the best way is to call Rob at Cobra Pest Control.

Opossum Control Tips for your home