Spider Control can be difficult without the proper procedure. Spiders have long legs and spend a lot of time on their Web which makes some Pest Products Ineffective. Rob only uses the best products and has the Best Experience. 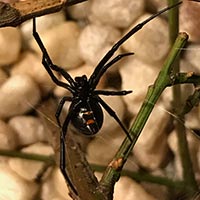 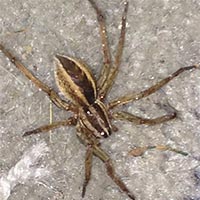 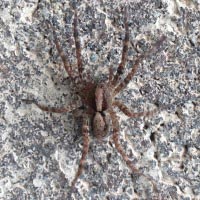 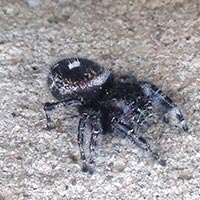 Cobra Pest Control offers “Spider Elimination” for much less than any other “Spider Control Company” and gives a “One Year Spider Guarantee”. Rob will not try to sell you a long time service contract that you do not need. 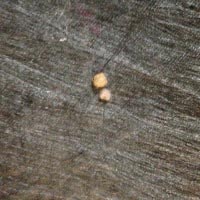 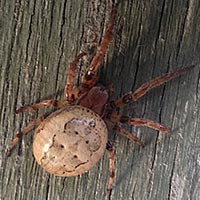 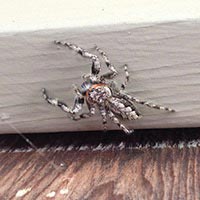 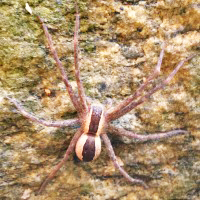 Since Cobra Pest Control is a local one man operation and Rob Sullivan with over 28 years of “Spider Extermination Experience” who does all the work himself, “Spider Control” is done right the first time at a much better price and “Spider Guarantee”. Cobra Pest Control has no managers, technicians or secretaries to pay or other expenses that the bigger companies pay. This cost saving is passed on to the customer.

“My Daughter contacted Cobra Pest Control for my house because she saw another spider in my parlor
I don't much like spiders either but never used  an exterminator
before. Just so you know I am 87 years young. My husband Henry passed a year ago last march. God rest his soul. We was married for 69 years and he used to take care of these things. He always said I will do this or that because service people are all swindlers and crooks.
My daughter said she found a man on a computer from Charlestown and he had a good and honest reputation. So I let him come and spray.
He must have done a good job because I haven’t seen a spiders in 2 months. I wrote this letter to tell his boss that he has a gem and to say thank. I hope he sees it because before I mailed it my great grandson said it would be best if he put it in the computer. I don’t know about that so I am going to mail this letter anyway.
Thank you Pest Control.

What is a Spider?

Spiders are different than Insects because they have 8 legs instead of 6 and have 2 body parts instead of 3. Spiders feed on insects and other Arthropods. This makes them beneficial in helping Manage Pests. Spiders will wander indoors in the early fall when cooler outdoor temperatures force them to find a warmer home. Some spiders make Spectacular Spider Webs on the outside and are found outdoors in late summer.
Common Spiders found indoors is a cause of concern to some people. And others object to Spiders because of their habit of building Webs in and around the home. Some spiders capture prey by using silk and venom. Others are active hunters that ambush or capture prey. These spiders Physically overpower their prey and then use venom to immobilize them.

There are around 40,000 Types of Spiders worldwide. 4,000 in the US and about 39 of them in Rhode Island. They all look different, have different coloring, size, Webs and habits. Some are hairy, some bald and a whole lot in between. All Spiders are Arachnids and have 8 legs, fangs and some sort of venom. Arachnophobia is the fear of Spiders and the most Common Phobia.

Some Spiders do Bite when they are disturbed or feel threatened but they do not seek you out to bite. Some Spider Bites can be quite severe especially from a Black Widow Spider or a Brown Recluse Spider. Most Bites from a Spider will only cause localized pain, redness and swelling.

What are the signs of me having Spiders?

The most common sign is the Spiders Webs. Chances are you will find more of the Silken Webs than you will actual Spiders. Another sign obviously would be a number of Spiders. Spider Eggs are also an indication. Theses are actually Egg Sacks that will hold 100’s of individual eggs. They a small off white cotton ball in an out of the way place.

How did I get Spiders

Spiders are everywhere. If they weren't we would have a whole lot more other Bugs. Some Spiders have adapted to living indoors, others prefer the foliage around the house or by the exterior porch light which will attract a lot of Bugs. Spiders will also do what is call Ballooning shortly after hatching from the egg. This is where they release an amount of silk and let the wind blow them where it may.

How can I rid my house of Spiders?

The best and most important thing would be knocking down Spider Webs when ever you see them. This takes away their home and how they catch their food. Spraying can be effective if done properly which is for the most part direct contact to the body. Between the long legs and the web, Residual Pesticides can be ineffective for Long Term Control. It is best to call in a Professional Exterminator.

Spider Control Tips for your home